Home
›
About Us
›
Past Board Members
›Nancy A. Collop, MD 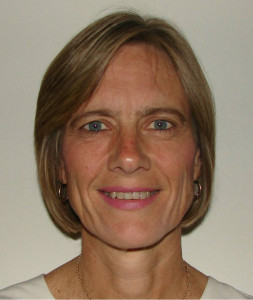 After graduating summa cum laude with a bachelor’s degree in biology from Edinboro University in Edinboro, Pa., Collop earned a medical degree in 1984 from the Pennsylvania State University College of Medicine in Hershey, Pa.  She completed an internal medicine internship and residency at the Medical College of Virginia in Richmond, Va., and a pulmonary/critical care fellowship at the University of Florida in Gainesville, Fla.  She became an AASM member in 1990 and earned board certification in sleep medicine from the American Board of Sleep Medicine in 1997.  She has held ABMS board certification in internal medicine, pulmonary medicine, critical care and sleep medicine. Collop has held academic positions at the Medical University of South Carolina, University of Mississippi, and Johns Hopkins University in Baltimore, MD, where she was the medical director of the Johns Hopkins Hospital Sleep Disorders Center.

Collop has been named one of the “Best Doctors in America” and a Distinguished Alumna for Natural Sciences by Edinboro University.  She also has received several prestigious awards, including the Al Soffer Award for Editorial Excellence and the College Medalist from the American College of Chest Physicians, the Helmut S. Schmidt Award from the American Board of Sleep Medicine and most recently the “Pulmonary Star” Award from the Emory Division of Pulmonary/Critical Care/Allergy/Sleep..

She is currently the Editor-in-Chief of the Journal of Clinical Sleep Medicine and the Section Editor of Sleep Medicine for Up-To-Date. She was associate editor of the journal Chest for 22 years) and now is on their Editorial Board.  A recognized expert in sleep-related breathing disorders, Collop has conducted research and co-authored numerous studies on topics such as diagnostic testing for sleep-disordered breathing, the treatment of obstructive sleep apnea (OSA), and the relationship between sleep apnea and comorbid medical conditions such as Down syndrome and chronic obstructive pulmonary disease.  Dr Collop has chaired numerous important taskforces on the topic of home sleep testing and is considered an expert on this subject. She was the lead author of the landmark paper, “Clinical guidelines for the use of unattended portable monitors in the diagnosis of obstructive sleep apnea in adult patients,” which was published in the December 2007 was the task force chair and lead author of the AASM’s technology evaluation of OSA devices for out of center sleep testing, published in October 2011.

At Emory, Dr Collop is developing an interdisciplinary program in sleep medicine which involves enhancing not only the clinical care of patients with sleep disorders but research and educational endeavors needed to move the specialty of sleep medicine forward.  The ultimate goal is to make the Emory Sleep Center on of the premier sleep programs in the United States.