Home
›
About Us
›
Past Board Members
›Brian Bohner, MD, FCCP, ABSM 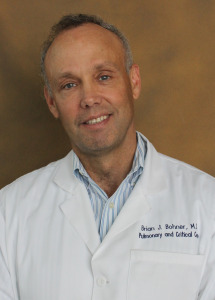 In his free time, Brian enjoys golf, coin collecting, and traveling with his wife Wendy, and son, Justin.
.